Well, we have had our little flock of chickens for two years now and it has been really a great experience.  We love the fresh eggs, but most of all really enjoy the chickens and their crazy personalities.   My wife loves to give them snacks.   Just walking to the door of the house gets them excited and they come running to see what treat she will have for them.   She has even taken to cooking for them.

We have really been amazed how easy it is to keep chickens.  The maintenance is next to nothing; in fact it is really far less than caring for our dog.  With that said, I decided to add a few chicks to the flock.   I had hopped to add a little variety by getting some Rhode Island Reds or Red or Black Sex Links, but the large feed stores have not received anything yet.  I stopped by an old local Tack store which had some Barred Rock chicks.  I decided since ours have been so good, I would go ahead and get three more.  The main reason I wanted some variety was so I could tell them apart.  Two of our existing girls look so much alike we can’t tell them apart.  Maybe we will get some bands to help identify them.

The new chicks were about 2 weeks old when I picked them up Friday, April 18, 2014 so they were hatched about the first week of April.   I’ve got them outside in the coop in a section I screened off so the other chickens can see them but not harass them.   The first night, they really didn’t know what to make of the little chicks and were quite chatty for a few hours after roosting for the night.  After that first night, they haven’t really seemed to pay any attention to the new chicks.

Here are some pictures of the new ones: 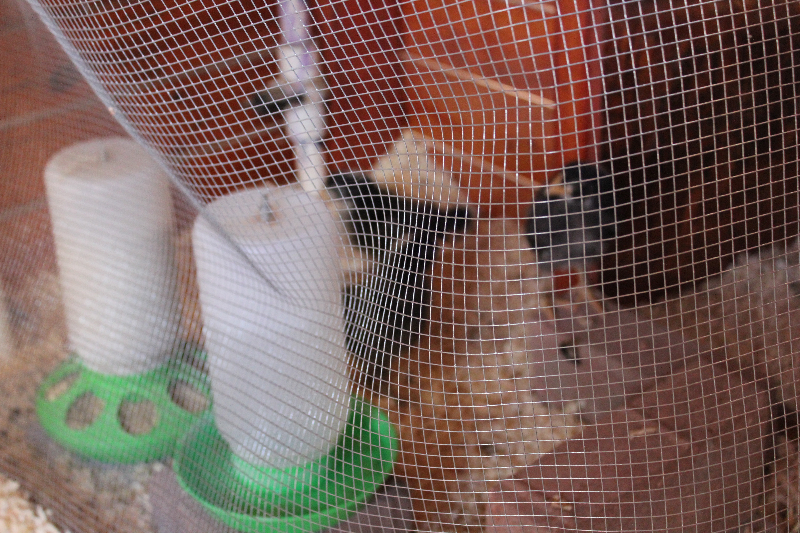 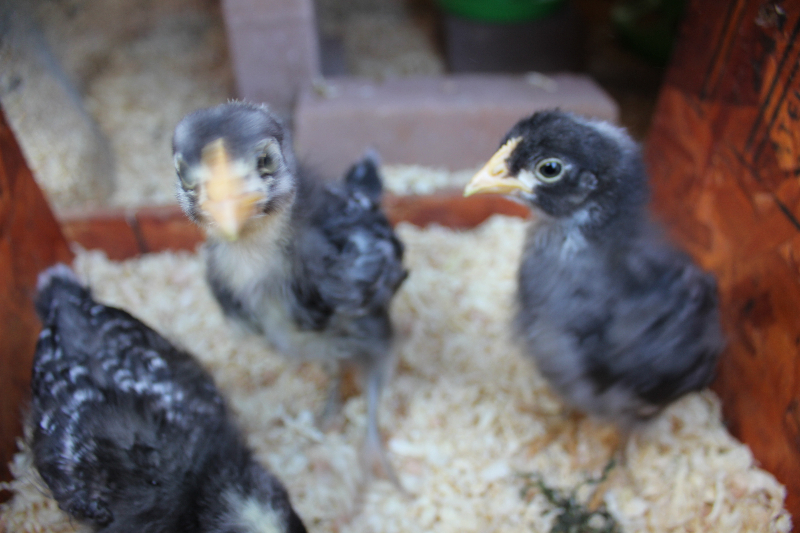 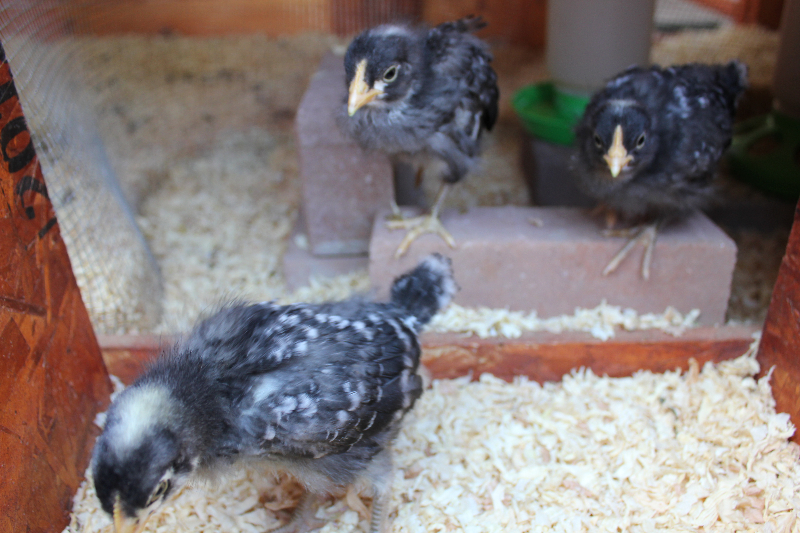 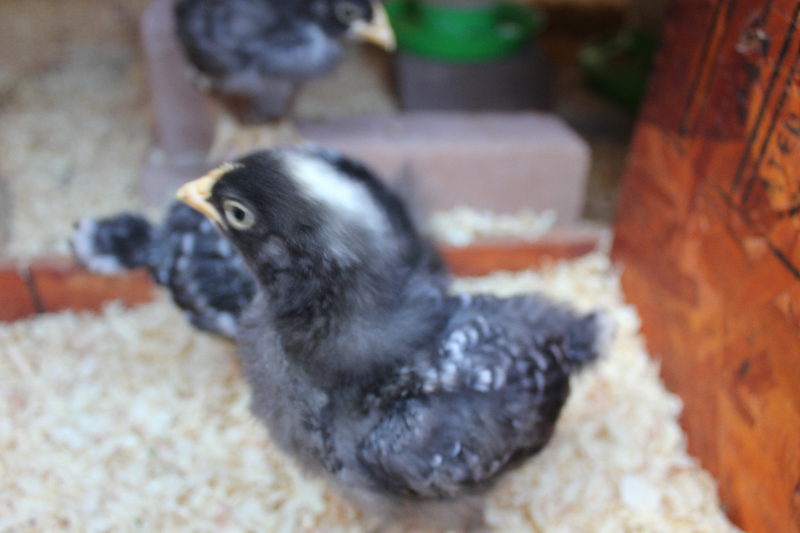 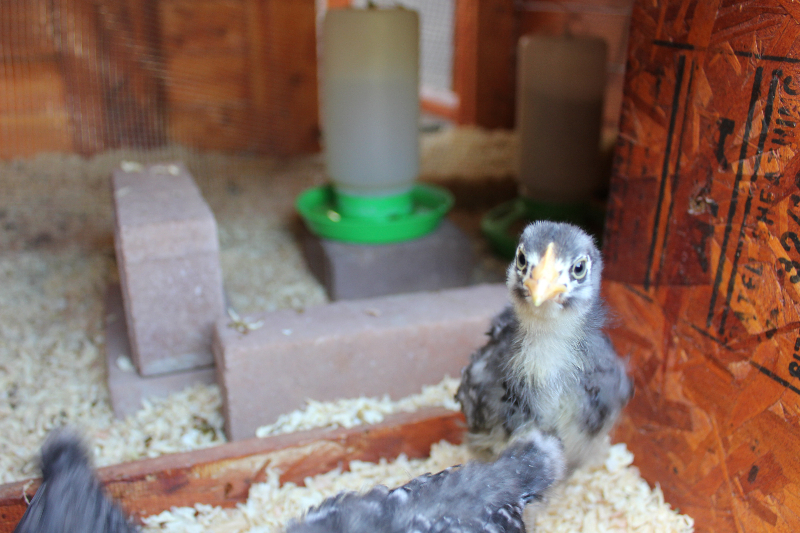 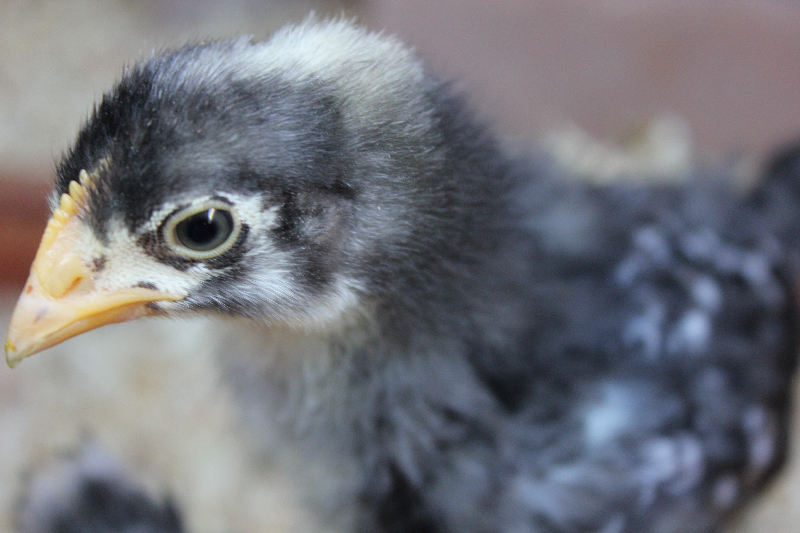 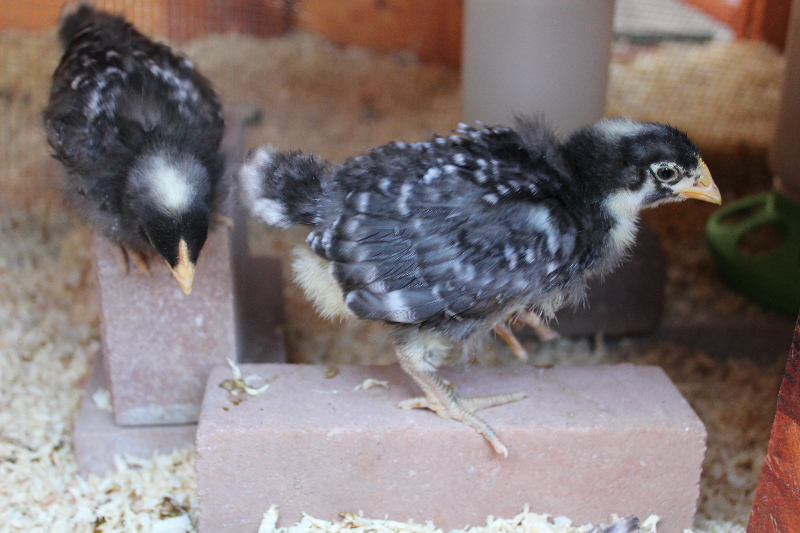 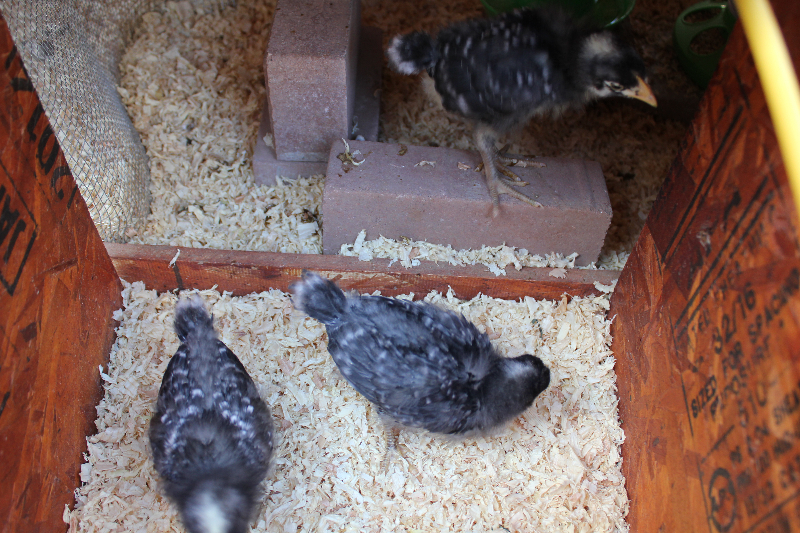